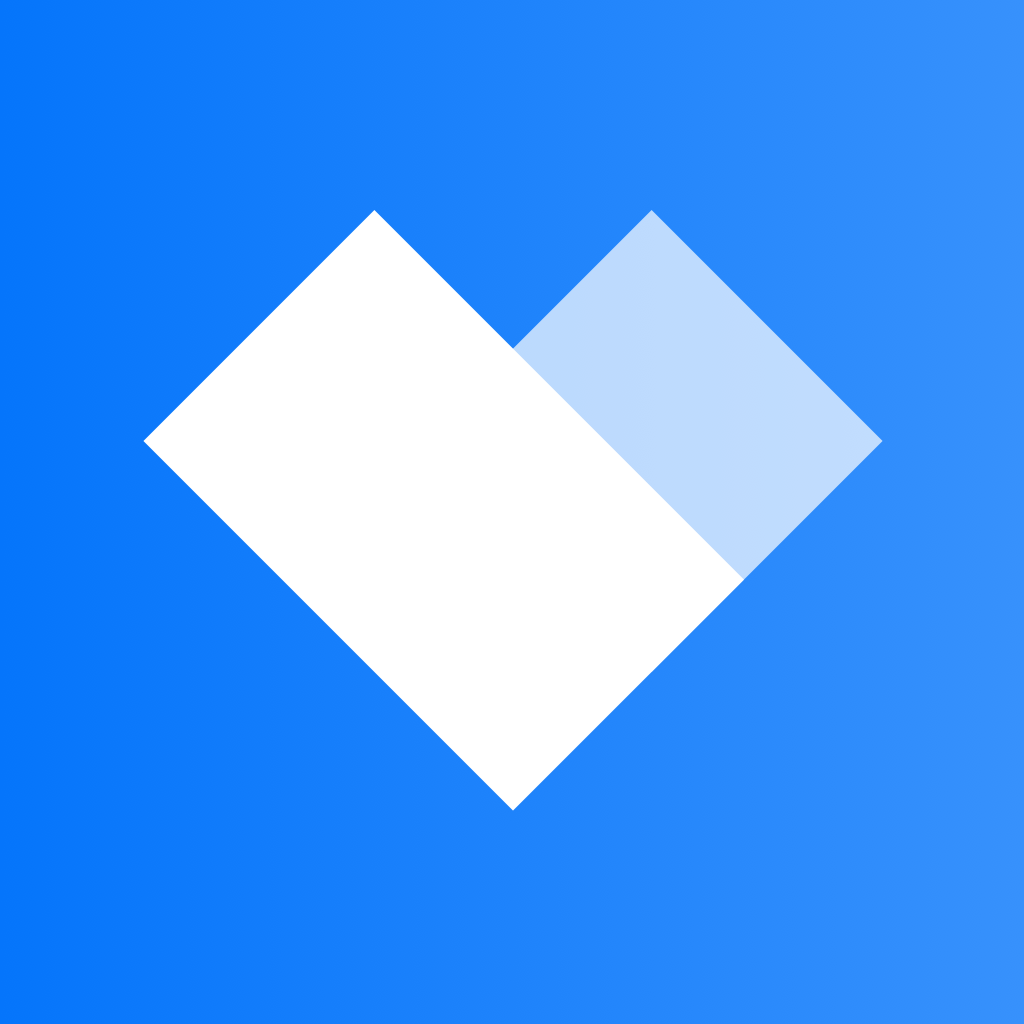 Customer.io Goes From No Dedicated Customer Success Tool to Seeing a Massive ROI with Vitally

“When we look at the number of contracts that we’ve renewed because of Playbook reminders alone, compared to the amount of money we’ve invested in Vitally over the last three years, the return on investment has been pretty massive.”

Customer.io is a messaging platform that allows marketers from leading brands like Reddit, Clearbit, Segment, Buffer, and thousands more, to take an idea and turn it into a powerful automated message campaign. Customer.io’s powerful, logic-based tools help their customers capture every edge case and connect to the real people in their audience.

Fitting a Square Peg Into a Round Hole: The Challenges

‘How do you know that everything is getting done?’

This was the question that made Customer.io’s VP of Customers realize that Customer.io had no central way to see what their customers were doing and how their team was interacting with those customers.

“The realization that we were not tracking anything is what turned us to Vitally,” said Natalie. “We’ve grown to having hundreds of premium customers that need a really full, rich history of every single conversation synced. We were looking for something that would make it that much easier for us to manage, and we couldn’t let anything fall down the cracks.”

In managing the Customer Success team at Customer.io, Natalie’s goals are centered around both making sure that the CS team is happy doing their job, and that customers are getting the best service available. With no dedicated Customer Success tool in place, neither of those goals were being achieved.

“We came from a place of trying to piecemeal a bunch of other tools together—that were made for different capabilities on different teams—and make them work for Customer Success,” said Natalie. “Using a lot of different tools in a lot of different places was very overwhelming, not to mention a big time suck.”

A Single Source of Truth: The Solution

After coming across Vitally on Google one day, a diagram that represented how Vitally works made Natalie realize that this was the tool their tech stack was missing—a single source of truth for all of Customer.io’s customer records.

With a lot of tools holding a lot of different data across their organization, Customer.io is able to use Vitally’s API to plug all of that data into one central hub.

“We went from having multiple apps that needed checking and maintaining to now being able to just plug all of that information into a single place,” said Natalie. “It’s been an absolute dream to be able to do that.”

Customer.io’s Customer Success team uses Vitally for everything, from storing all of their call notes to leveraging Vitally’s automated Playbook feature to set tasks for themselves and ensure the delivery of a consistent experience for every customer.

“The team’s health has gone up as well. Their admin tasks have been cut by more than half simply because there is less running around, less places to check, less places to add their notes,” said Natalie. “I think they really felt a burden lifted, that they weren't going to miss anything.”

But the Customer Success team isn’t the only team using Vitally to better support customers—the technical support team is able to leverage Vitally’s Conversations feature to coordinate with CSMs and vice versa.

In addition to Playbooks, Customer.io has set up a robust health scoring model within Vitally that also uses Playbook logic to escalate things as needed, keeping the CS team’s eyes on the right people at the right time.

“One of the biggest problems we were facing before Vitally was keeping customers who didn’t reach out to us on our radar just as much as the customers that are reaching out to us every week,” said Natalie. “By using Vitally’s health scores and playbooks, we've been able to come up with a really great system, whereby every single customer in a customer success manager’s dedicated book has our attention in some way, on a monthly basis.”

According to Natalie, the return on investment of implementing Vitally has been “pretty massive”.

“When we look at the number of contracts that we’ve renewed because of Playbook reminders alone, compared to the amount of money we’ve invested in Vitally over the last three years, the return on investment has been pretty massive.”

“It’s been difficult to put a finger on [Vitally’s exact return on investment], because it's also very highly related to a feeling. I personally don't think you can put a price on either customer happiness or team happiness,” said Natalie. “The team is really, really happy with the tool that we've chosen. And as a result, we've been able to boost the service that we could offer to customers just by staying on top of everything that's going on.”

Why Customer.io Recommends Vitally to Other Customer Success Teams

“We don't have to try and bend our use of [Vitally] to any other department,” said Natalie. “I actually feel a little bit jealous of the new hires who have only known a world where we've been using Vitally because the rest of us had to struggle for a long time without it.”

From Vitally’s API and Conversation feature to Playbooks and Customer Health Scores, Vitally has empowered Customer.io to level-up their Customer Success.

“It wasn't until we really dug in and actually started to establish a health score. That’s when I think we really leveled up,” said Natalie. “I'm really glad that that's something the Vitally team pushed us to explore and implement.”

Features aren’t the only reason why Customer.io recommends Vitally. The team at Customer.io also loves how Vitally balances being easy to navigate and robust enough to allow the team to dig deep when needed. Moreover, Natalie and her team have been able to expand upon what they want their Customer Success process to look like because of Vitally’s capabilities and the suggestions they receive from the Vitally team.

“[The Vitally team] is always up for talking about process,” said Natalie. “It doesn't even have to be super related to the product, we can just talk about the industry.”

Ultimately, Customer.io doesn’t just recommend trying Vitally out, they recommend diving all the way in.

“My recommendation to anyone that's considering using Vitally would be to just jump all in from the beginning,” said Natalie. “You will not regret putting the time and the investment into just going fully in with every single feature from the beginning." 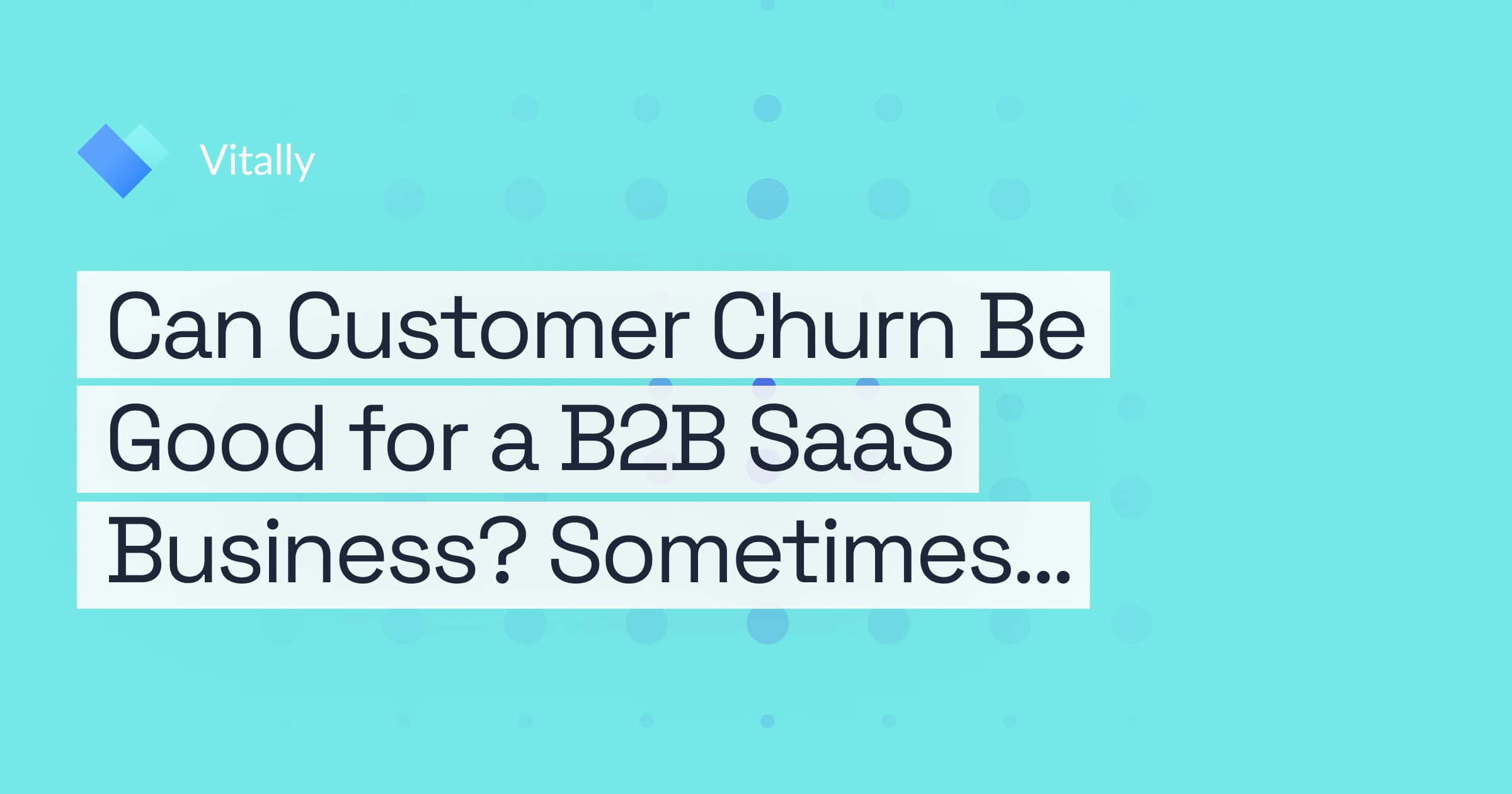 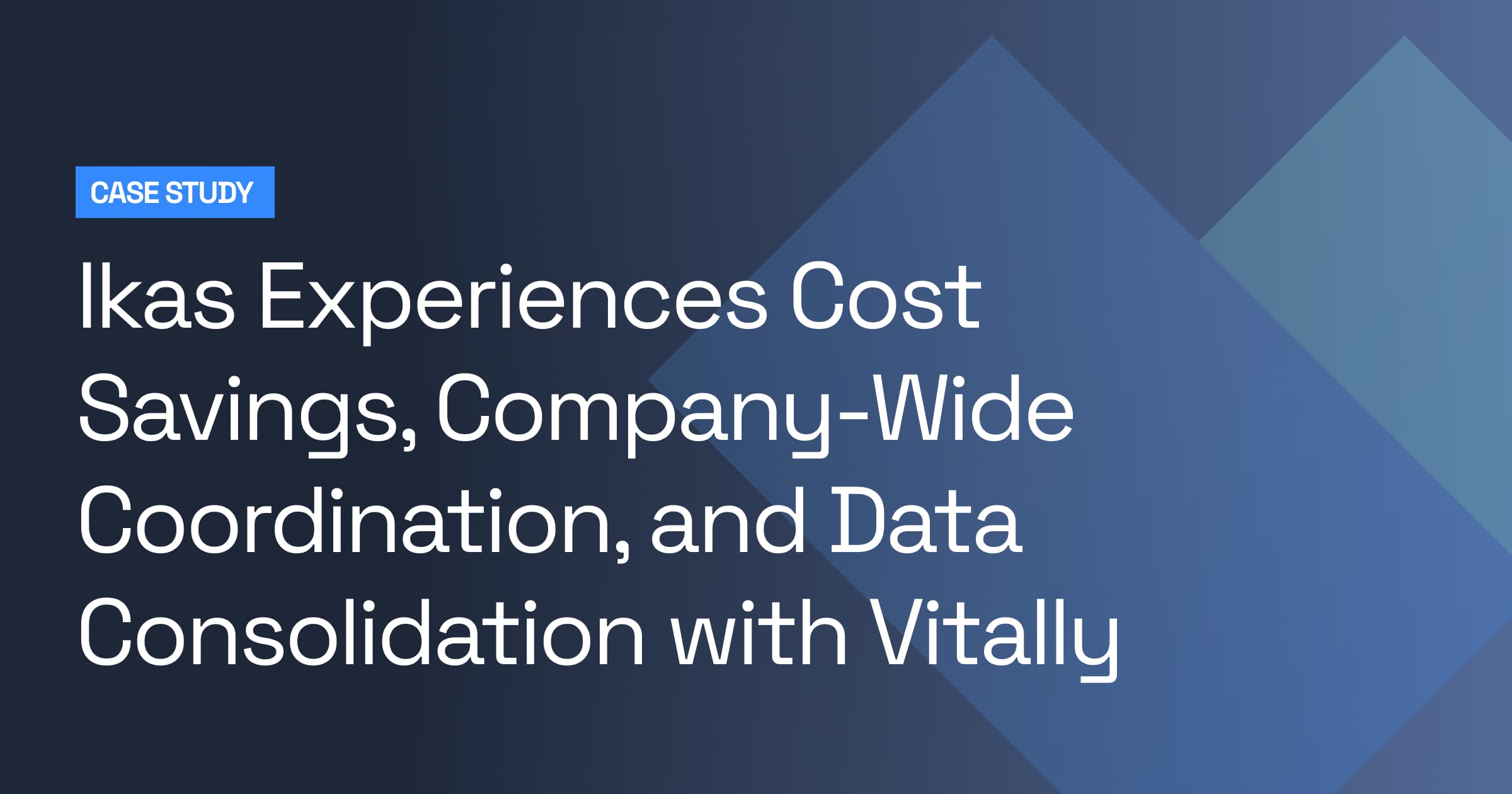 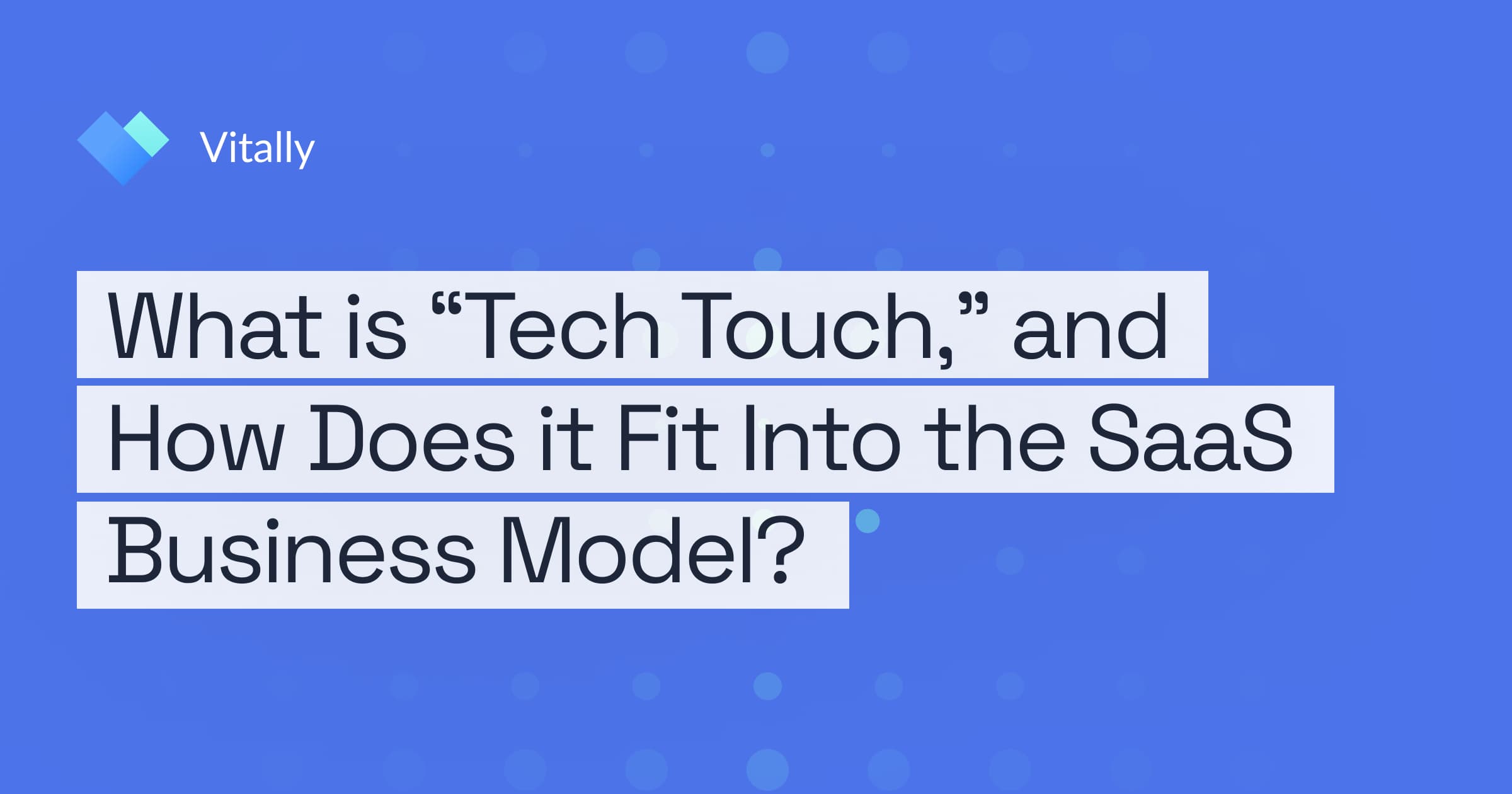 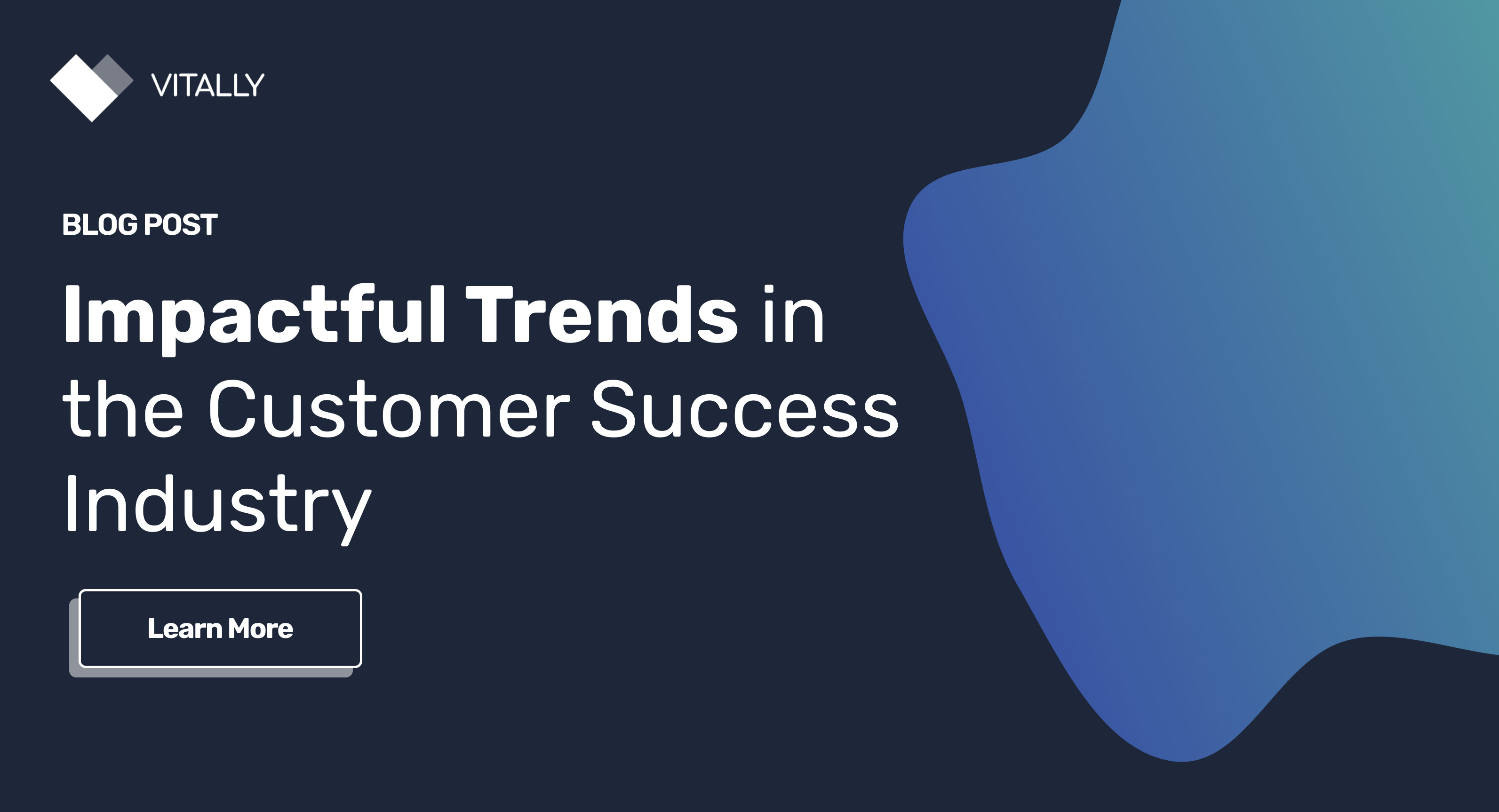 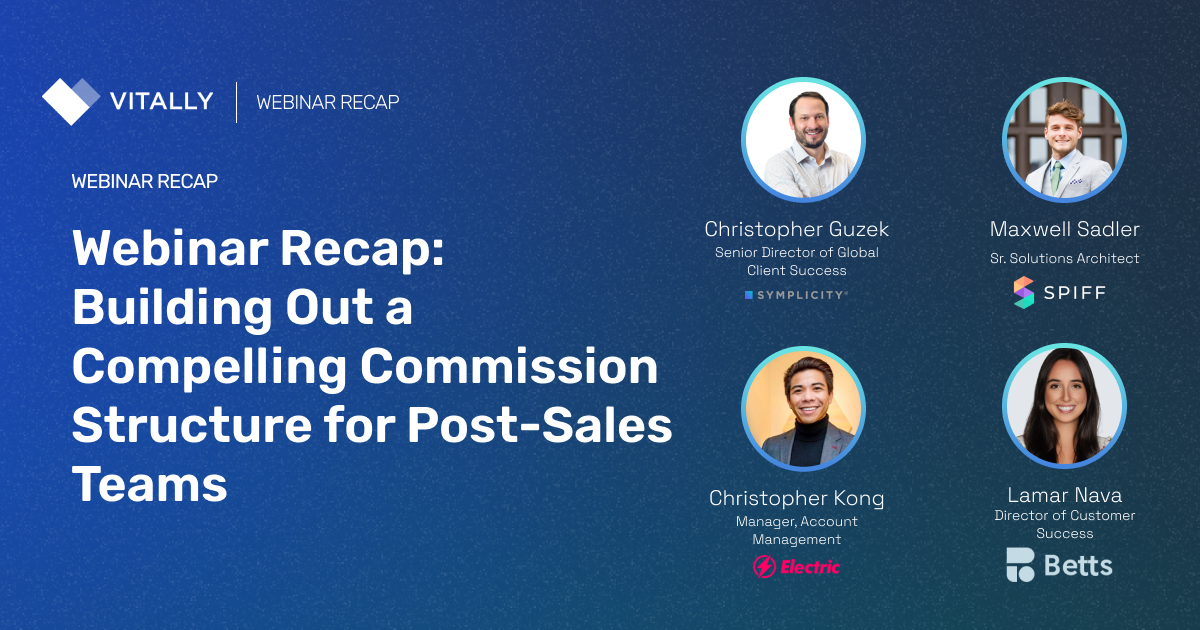 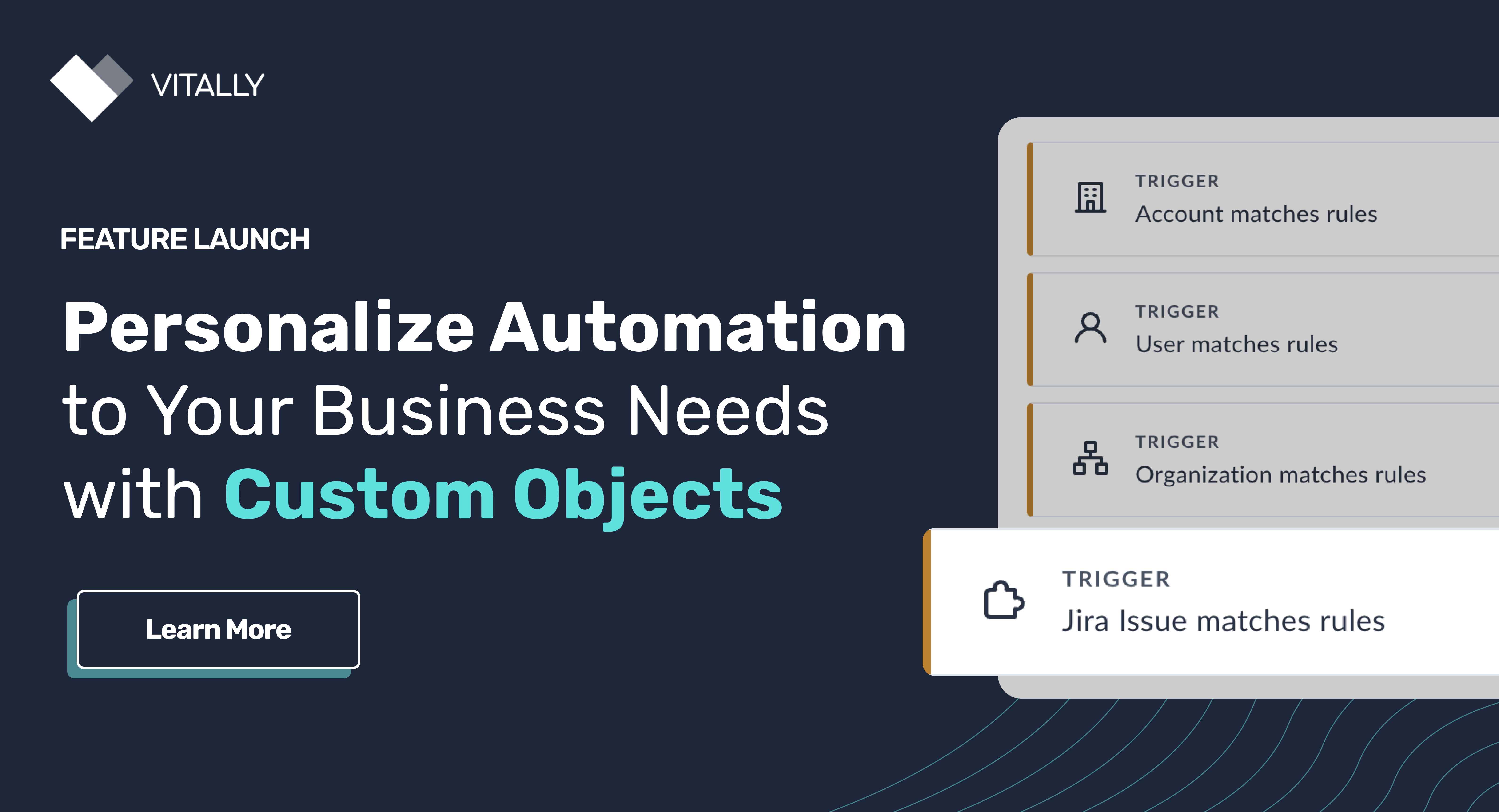